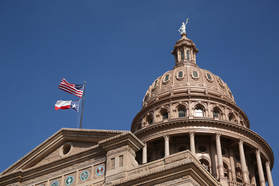 TORCH Advocacy for Rural Hospitals
TORCH is “the voice and principal advocate for rural and community hospitals in Texas and provides leadership in addressing the special needs and issues of our hospitals.”
TORCH carries out that mission statement through it's advocacy in two primary action areas:

1.  Promote, support, and advocate for state and federal legislation, rules, regulations, and funding that assists Texas rural hospitals with operational issues and financing, and helps them carry out their mission to serve their communities.
2.  Oppose laws, rules, regulations and funding cuts that create operational and financing burdens for Texas rural hospitals.